Our Educator Network provides in-person and online experiences that work at the local and national level. The network connects formal and informal educators to each other and a host of high-quality free or at-cost educational resources.

Our Educator Certification program equips educators with the resources and training needed to teach students about the world in innovative, interdisciplinary ways.

Our online course offerings allow you to connect to inspiring educators and to learn specific and practical strategies to improve your teaching practice. Courses are offered in a variety of lengths and throughout the year to fit your schedule. Graduate credits are available from the University of San Diego and the University of Northern Iowa. Check back often to see new course opportunities as they are added.

Our grants help educators teach people about the world and how it works, empowering them to make it a better place. Projects may introduce innovative instructional strategies, take proven ideas and scale or adapt them for different audiences, or measure what is working in education and add to the body of knowledge about how people learn.

This professional development opportunity for pre-K-12 educators is made possible by a partnership between Lindblad Expeditions and the National Geographic Society. An annual competitive application process is used to select educators and host them aboard Lindblad Expeditions’ voyages for a life-changing, field-based experience. 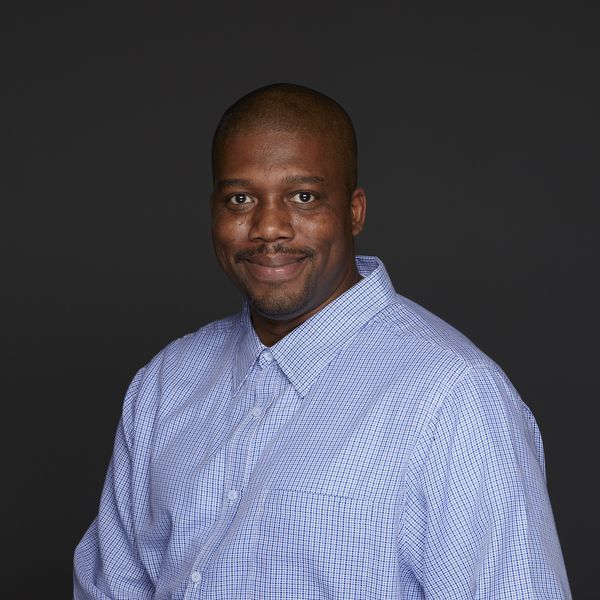 Willie Buford is a site manager for the Flint & Genesee Chamber of Commerce YouthQuest After-School Initiative. His enlistment in the U.S. Army (1996-1999) prepared him for a life of service. While studying for his bachelor’s degree in secondary education social studies at Baker College of Flint, Buford participated in the Smart Teachers As Role Models (STAR) program, an initiative to increase the pool of available teachers from a more diverse background, particularly from underserved, socio-economically disadvantaged, and educationally at-risk communities, to be role models in Flint public schools. Buford serves on the Michigan After-School Partnership (MASP) Quality Committee, providing statewide leadership that supports a professional development system for after-school programs by supplying information on promising practices, assessment, and evaluation resources. The MASP Quality Committee also works to strengthen the delivery of after-school services while addressing obesity and other health crises facing Michigan youth. Buford organized and led students, parents, and staff members to the Lansing Capitol building, where they advocated for the importance of after-school programs by presenting to legislators data that supports the benefits of out-of-school time. Buford recently became a Trainer of Trainers for the David P. Weikart Center for Youth Program Quality Assessment (YPQA), a data-based organization that empowers education and human service leaders to adapt, implement, and scale best-in-class, research-validated quality improvement systems to advance child and youth development. 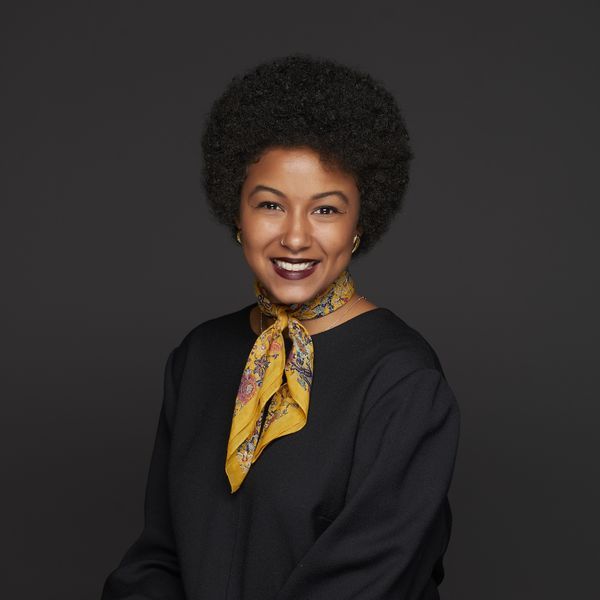 Valencia D. Clay was born in Harlem, New York, during the Ronald Reagan era. Her mother was swept into the drug game, leaving her grandmother to raise her.

Clay was an active child, but was dismally motivated to learn in school. On many days, she found herself suspended for fighting. On many nights, she slept in the stairwells of her building when her grandmother put her out of the house for her unruly attitude. Clay wanted to run away from home, but instead, she found guidance in many mentors and youth programs in the community. They encouraged her to attend Morgan State University in Baltimore, Maryland.

Clay’s life changed when she left New York. Attending Morgan State gave her a fresh start. She earned a 3.8 GPA and graduated with a bachelor of science in elementary education. Clays began teaching humanities at the Baltimore Freedom Academy where she found a need for more special education educators, thus enrolled in Johns Hopkins University for a master of science in special education. Shortly thereafter, she earned a certificate in administration and supervision.

In the midst of earning her degrees and teaching her courses, Clay co-founded The Flourishing Blossoms Society for Girls, Inc., a nonprofit organization. They have chartered a chapter in Harlem, New York and Baltimore, Maryland. With the support of college mentors, the Blossom Girls have traveled to Puerto Rico and the Dominican Republic to create public murals in underserved communities.

Clay is currently completing her 11th year as an eighth-grade English teacher and critical theory professor in Baltimore. She recently created a new reading series, “Kids Who Know Everything,” which allows her students to share the knowledge they learn in class with the rest of the world.

With literature as the foundation, she continues to prompt her students to analyze culturally relevant matters from a critical stance. Her work in the classroom has led her students to be the published authors of “Broken Keys Don't Unlock Doors,” an anthology of essays and reflections about their perspective on urban education. Their book and her first book, “Soundless Cries Don’t Lead to Healing: A Critical Thinking Guide to Cultural Consciousness,” are true forms of activism. View her musings on her blog, ValenciasGarden.com, and on Instagram, where she promotes literacy and self-education as a form of freedom from oppression. 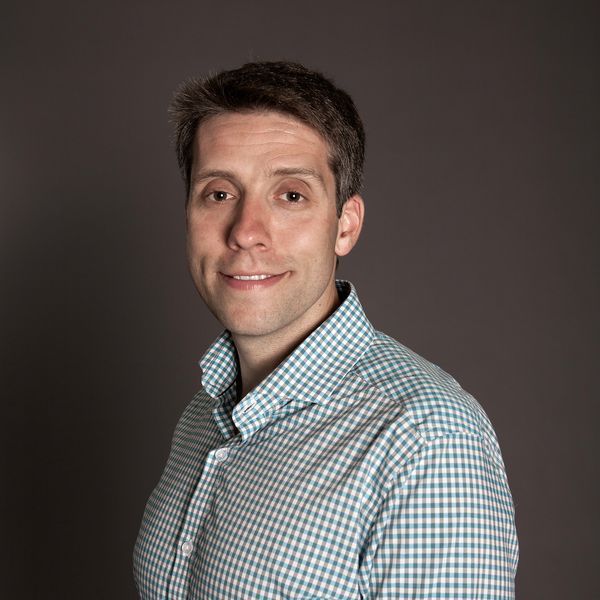 Joe Grabowski is an educator and scuba diver working to bring science, exploration, adventure, and conservation into classrooms across North America and beyond through virtual speakers and field trips. He is the founder of the nonprofit Exploring by the Seat of Your Pants, which, since 2015, has hosted more than 1,000 video conferences with leading scientists and explorers from over 50 countries, connecting them with hundreds of thousands of students. Grabowski is using technology to open the most remote corners of the planet to classrooms, sending textbook-sized satellite-based Broadband Global Area Network (BGAN) units into the field with explorers so they can broadcast into classrooms from pretty much anywhere on the planet. In  2017, he was selected as a National Geographic Emerging Explorer, before becoming a 2018 National Geographic Education Fellow. Grabowski is a Top 50 Finalist for the Global Teacher Prize, a 2016 Grosvenor Teacher Fellow, an Ocean Exploration Trust Fellow, a Fellow of the Royal Canadian Geographical Society, and an Explorers Club Fellow. 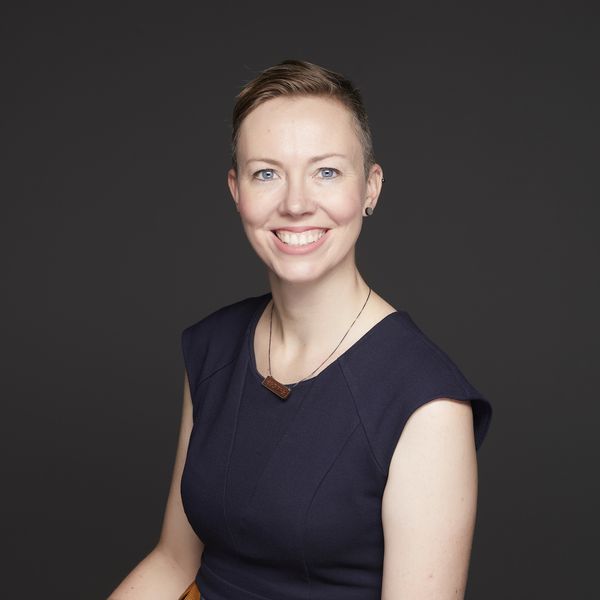 Keiner’s passion is creating space for people to solve the problems that matter to them. She empowers communities by helping them to collect data and to drive positive action. She connects students and teachers to experts and tools that allow them to inquire and make a positive impact on their communities. In April 2018, she hosted the first GEMS Global Design Challenge, where students across the Chicago metropolitan area, with the support of expert mentors, designed solutions to five of the 17 United Nations Global Goals.

As a Google Earth Education Expert, Keiner creates curriculum to increase geospatial thinking through storytelling. As a Global Goals Ambassador through the United Nations Association Chicago Chapter, she plans events that bring awareness to our world’s most pressing issues.

Keiner went on an expedition to Antarctica in December 2017 where she collected audio, photographs, and 360-degree images and video to immerse her community in the continent. She is passionate about creating opportunities for students to contribute to solving real-world problems through a variety of tools, hands-on experiences, and challenges.

Back
Load More
Earn Recognition for Your Expertise

Micro-credentials are an innovative professional learning opportunity that reward educators for demonstrating mastery of certain skills in their own classrooms. Through our partnership with Digital Promise, educators can apply for National Geographic micro-credentials in topics like Geographic Thinking and Service Learning. Upon completion, educators will be rewarded with digital badges that are accepted across several platforms.